Grace to you and peace, from God our Father and our Lord Jesus Christ.

What is a living stone? I recently went with my wife to the Brooklyn Botanical Garden where we took a moment to look at the Children's Garden. One of the displays teaches children about desert plants. The sign next to the display asks visitors to find the plants, called "living stones," from amongst other, normal stones.

In many deserts around the world, and maybe even in Israel, living stones can often be found. 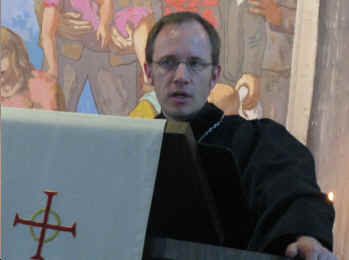 They look like regular stones, but are actually plants. Perhaps St. Peter was talking about just these kinds of "stones" when he wrote this letter. Like all plants, living stones grow. Living stones propagate.

The Bible speaks often about stones and rocks. In Deuteronomy we read that "[God] is the Rock, his works are perfect, and all his ways are just." The prophet Samuel also often writes about God as a rock. "The LORD is my rock, my fortress and my deliverer; my God is my rock, in whom I take refuge..." (2 Samuel 22:2-3)

When we read the Bible, we often find comparisons between God and a rock. The comparison is perfect -- rock's can be awesome things. Rocks and stones are hard. We can build many things from stones, like our church - our own Estonian people's church -- here in Lakewood. Even the most splendid churches in Europe are all built with stones - and many of them are hundreds of years old! Yes, we can build many things with stone, and we can do a lot more with stones as well.

St. Peter wanted to remind his congregation that they had a responsibility to build a church. They were given a direct obligation to build a church from Jesus when He said: "Go therefore and make disciples of all nations, baptizing them in the name of the Father and of the Son and of the Holy Spirit, teaching them to observe all that I have commanded you."

A Christian's obligation back then, and also our obligation today, is to spread the Word, or to evangelize. And if we do this effectively, we build congregations and churches. But we need to be careful here. We build a congregation, yes, but not a physical congregation and church. It's necessary to differentiate between earthly and spiritual thinking. We, as people, often think in a worldly way - about worldly things. It's difficult for us to comprehend Jesus' and God's will since our understanding and way of thinking is often worldly, and often not correct.

If we look at the many churches of the world -- and we find some of them here in America -- we often find that the physical building and the size of the congregation are very important. We've all heard of so-called "mega-churches" where there can be thousands and even tens of thousands of members. This is different from the official state-churches in Europe, where everyone is pretty much automatically a member, because in mega-churches, all these thousands and tens of thousands come to church - every Sunday!

Now there isn't a problem, per se, with such a church. They often preach God's Word, believe and trust in Christ, and are properly Christian, if you will. No. Rather, a problem comes up when an individual places their trust in such a church -- in a physical church, which has been built with sweat and money. Because from that kind of trust, it is only a short step to thinking in a worldly way. In other words, pinning your hopes on your success, work and actions.

Even during the time of St. Peter, only a few decades after Christ's ascension, there were those who came to churches to spread false doctrine. We read from the Bible that people began to believe that favouring one disciple over another was somehow better. The Apostel Paul writes (1 Corinthians 1:12-13) "Each one of you says, 'I follow Paul,' or 'I follow Appollos,' or 'I follow Cephas,' or 'I follow Christ.' Is Christ divided? Was Paul crucified for you? Or were you baptized in the name of Paul?"

It's true -- even so early in the life of the church -- only a few years after Jesus' ascension, many Christians were putting their hopes on worldly, physical things, or in other people. They put their faith on stone-built churches, and in the people who had built them. But these churches were built with ordinary stones -- and we could even say dead stones!

Stones are not alive. They don't grow or propagate. A stone is just a stone. They can be found in nature, and if there are no stones, we end up building things using other materials. Yes, every church here in the world which has been built with stone, has been built with the same stone. And these stones are not alive. We could even say that architecturally speaking, there really is no difference between a church and a department store as far as the construction is concerned.

Our church here in Lakewood, St. Patrick's Cathedral in New York, St. Mary's Cathedral [Toomkirik] in Tallinn and even St. Peter's Basilica in Rome - all have been built with stones - and all of them, basically, are a large, physical building. These stones are not alive!

Communism has not understood this, and so in Soviet times they attempted to destroy faith and congregations by turning old and beautiful churches into theatres. In St. Petersburg, the famous and beautiful Church of the Saviour on Blood [Spass Na Krovi] was turned into a vegetable warehouse. The buildings were not churches anymore -- but the Church did not die and faith was not lost. It can even be said that the church during the Soviet Union was more alive under communism than today in the current time of freedom and democracy.

Yes, a Christian person, a believer, is a living stone. We who believe in Christ are together with Him, our cornerstone, building a spiritual house - a holy church, over which, like Jesus has himself said: "the gates of hell shall not prevail against it."

This caused some problems for me. Maybe in a worldly understanding this may be true. But as a Christian, shouldn't the sign read: "First we are Christians...." and then so forth, adding on whatever group you belong to.

The problem is not with the church. We here are Lutherans and this will not change. We must, however, keep in mind that Christ is the first and the last, like the Bible teaches. He is our cornerstone, on which we have built our living church. A worldly, physical church will not save anyone -- no-one gets to heaven because they are a member of one or another congregation! No one.

"I am the resurrection and the life. Whoever believes in me, though he die, yet shall he live," said Christ. (John 11:25) A believer builds a congregation on Christ by believing in Him first. And He makes us into living stones. Paul writes: "For no one can lay any other foundation than the one we already have - Jesus Christ." (1 Corinthians 3:11)

An old Estonian proverb says: "No stone goes up without being raised." And we have Christ, who raises us up and gives us grace and saves us from death with eternal mercy. Let us, therefore, be living stones, building together a spiritual house exclusively for the glory of God. 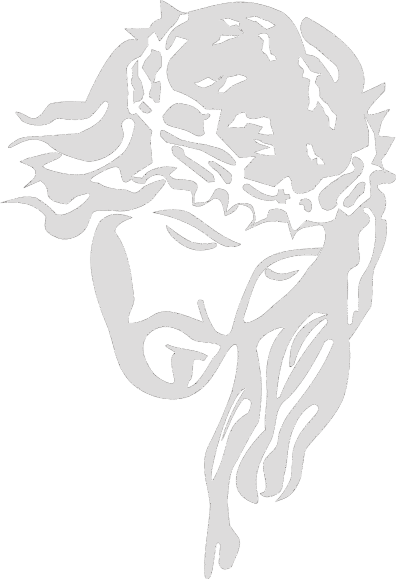